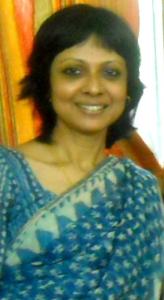 B.A. English, University of Madras, Ranked First in the University, 1986

HS 431, Reading Fiction, was the first course from the Dept of Humanities and Social Sciences to be offered, in Autumn 2008, on IIT Bombay’s CDEEP (Centre for Distance Engineering Education Programme) programme.

The video recording of the course has been edited and reviewed by a subject expert, and is to be uploaded on IIT Bombay’s Talk To a Teacher Portal (Corridors of Learning): at http://www.co-learn.in

HS 810 A Survey of Modern and Postmodern Literature

HS 822 Study of One Major Indian Writer in English

HS 832 Theories of the Novel

SELECT PAPERS IN JOURNALS/CHAPTERS IN BOOKS

With Mukund Madhav Varma and Ravi Bhoraskar, "'Are you watching closely?' A study of Christopher Nolan's engagement with structure, chronology and motif". Film International. www.filmint.nu 2016: 127-145.

This paper can be accessed at:https://muse.jhu.edu/journals/journal_of_dramatic_theory_and_criticism/v028/28.2.shastri.html

“The play’s the thing, wherein I’ll catch the conscience of the king”:Intertextuality in Om Shanti Om in Journal of Film and Video,(University of Illinois) 63.1/Spring 2011: 32-43.

“Looking for Ways of Representation: ‘Looking’ as a Trope in 1947-Earth” in Films, Literature and Culture: Deepa Mehta’s Elements Trilogy Ed. by Jasbir Jain. Institute for Research in Interdisciplinary Studies. Jaipur: Rawat Publications, 2007: 128-141.

"Return to the Beginning:House of Leaves by Mark Danielewski" in Atenea, published by the University of Puerto Rico at Mayagüez, Volume XXVI ~ Number 2 ~ December 2006: 81-94.

“From Austen to Radcliffe: A Journey of Reviewing and Retrieval” in Women’s Writing: Dialogues with Patriarchy Ed. by Jasbir Jain and Veena Singh. New Delhi: Creative Books, 2005: 69-88.

“The Text Gives Way: Reading Intertextuality in Walter Scott’s Redgauntlet”, Interventions,published by the English Department, University of Calicut, Volume I, No. 2, July-December 2000: 8-26.

*“Tamas and Midnight’s Children: from the Historical to the Postmodernist”, Chapter 8 of Rethinking Indian English Literature. Ed by U. M. Nanavati and Prafulla C. Kar. Delhi: Pencraft International, 1999. (This is a modified version of the paper presented at the M.S. University on 17th February 1998): 115-124.

PAPERS INCLUDED IN SYLLABI OF COURSES/UNIVERSITIES:

“Foer, Jonathan Safran EVerYTHInG IS ILLumInaTeD: A Novel, Review article in IMAGETEXT, Volume 1, No.2, Fall 2004 http://www.english.ufl.edu/imagetext/archives/volume1/issue2/reviews/sha...

"'Will Shakespeare has a play. I have a theatre': Market, Production and Circumstance in Shakespeare in Love" at the Asian Shakespeare Association's Biennial Conference All the world's his stage: Shakespeare today, at the Indira Gandhi National Centre for Arts, Delhi, 1-3 December 2016.

Modernist interventions in historiographic narratives: Natalie Zemon Davis and The Return of Martin Guerre (1983) at the national seminar on Multiple Modernisms organised by IRIS (Institute for Research in Interdisciplinary Studies), Jaipur, 25-27 September 2015.

Graphic adaptation of the 9/11 Commission Report: Relevance, Risks, and Responsibilities, at the 3rd Global Conference on the Graphic Novel, Mansfield College, Oxford, organised by interdisciplinary.net, 3-5 September 2014.

Two Cinematic Reincarnations of Macbeth in Asia: Throne of Blood and Maqbool, at the National Seminar on Shakespeare and Film organised by the IIS University, Jaipur, and Shakespeare Society of India, 13-15 October 2011.

Revenge to Resolution: Hamlet and Extremely Loud and Incredibly Close, at the National Seminar on The Renaissance and its  Afterlife, DEOMEL, Visva-Bharati, Santiniketan, 18-19 September 2010.

Equivocation in The Merchant of Venice and Macbeth: to keep ‘the word of promise  to our ear,/And break it to our hope’, at the international conference on Shakespeare and the Art of Lying, organised by the Shakespeare Society of India, and the Indian Institute of Advanced Study, Shimla, 3-7 October 2009.

Miniatures and the Ottoman Empire in Orhan Pamuk’s My Name is Red. 2 March 2009. Nishevita Murthy and Sudha Shastri, at the Workshop on The Nation: Narratives & Community organized by the Centre of Excellence for National Security (CENS) in Singapore. Paper sponsored by CENS, a research unit of the S. Rajaratnam School of International Studies (RSIS) at Nanyang Technological University, Singapore

‘Imagined worlds are more potent than the real ones': Reading Lolita in Tehran:  The Reading Group as Community Narrative. Nishevita Murthy and Sudha Shastri, at the National Seminar on Community Narratives, organised by IRIS (Jaipur), 15-16 March 2008.

Circularity, Inversion, and Catch-22: Establishing Value within an Iterative Narrative Mode, at the International Seminar on The Literature of War, hosted by the DSC (Durrell School of Corfu) in Corfu, Greece, 20-25 May 2007.

The Value of Poetic License: A Critique of Postcolonial India In Salman Rushdie's Midnight's Children and Amitav Ghosh's The Shadow Lines, at the International English Literature Conference on Irresponsibility organised by the Division of English, School of Humanities and Social Sciences, Nanyang Technological University, Singapore, 28-30 September 2006.

Self/Selves? Voices in the Construction of Alias Grace, at the Seminar jointly organised by the Institute for Research in Interdisciplinary Studies (IRIS), Jaipur, and Indian Association of Canadian Studies on Writing the Self: India and Canada, 22-24 February 2006.

The Site of The Village in the Reconstruction of Indian History in Two Indian English Novels, at the Dept of HSS, IIT Roorkee, at the International Conference on Commonwealth Literature, 13–15 October 2005.

Empowered to Distract: The Epigraph as Paratext, at the California State University San Marcos, San Diego, at the International Seminar of ACLA on Crossing Over (in the panel From Background to Foreground: Examining the Relationship(s) between Paratext and Text), 4–6 April 2003.

Nights at the Circus: Multiple Directions in Narratology, at the Dept. of English, University of Rajasthan, Jaipur. At the National Seminar on Contemporary British Fiction: Challenge to Theory, 26–28 September 2002.

Memory and Aesthetics: A Study of Margaret Atwood's The Blind Assassin, at the International Seminar on Narratives of Dislocation: History, Memory and Aesthetics; South Asian and Canadian Perspectives, organised by IRIS in collaboration with Indian Association for Canadian Studies and Centre for South Asia Studies (UOR, Jaipur), 1-3 March 2002.

Resurrecting Ethics: A Study of Arundhati Roy’s “The End of Imagination” and “The Greater Common Good”, at Konark, Orissa at the 4th International Conference of the Forum on Contemporary Theory on Ethical Turns in Literary and Cultural Studies, sponsored by Louisiana State University in Shreveport, M.S. University of Baroda and Utkal University of Culture, Bhubaneswar, 14-17 December 2001.

Imitation as Inspiration: A Study of Peter Ackroyd’s novel Chatterton, at the Dept. of English and Modern European Languages, University of Lucknow, in the National Seminar on Post-Seventy Contemporary Fiction, 23 -24 March 2001.

The Roman Plays: Does the Roman, Play? Metadrama in Julius Caesar and Antony& Cleopatra, at Kalindi College, New Delhi, in the National Seminar organised by the Shakespeare Society of India on Shakespeare among the Greeks and the Romans, 3-4 November 2000.

‘The Page behind the Page’ in Girish Karnad’s Hayavadana and Naga Mandala, at the Departmental Seminar Series, Dept. of Humanities and Social Sciences, IIT Bombay on 12 August 1999.

Journey’s End? From the Historical to the Postmodernist, at the English Department, MS University, Baroda, at the Annual IACLALS Conference on Journeys and Destinations, 16 -18 February 1998.

From Margin to Centre: Detective Fiction in Postmodern Literature, at SPM College, Delhi University, in the Seminar on Perspectives on Literature: Issues in Language, Structure and Thought, 16-17 December1993.

Organised a refereed conference with national and international participants on Disnarration titled "The Road Not Taken", 1-2 March 2013, Jal Vihar Seminar Room, hosted by the HSS dept and IIT Bombay

Recipient of IIT Bombay’s Excellence in Teaching Award, 2011 in recognition of ‘Significant contribution to the Teaching Activities of the Institute’, 5th September 2011.

Recipient of Prof. S.P. Sukhatme Award for Excellence in Teaching, 'in recognition of  her significant contributions to the teaching activities of the Institute’, 2nd September 2016.

On the editorial board of GSTF Journal on Education